UniLaSalle at #SIA2022: ask for the program

The UniLaSalle Polytechnic Institute will be present at the International Agricultural Show from 26 February to 6 March 2022.

For this edition of the reunion, visitors to the largest farm in France will be able to discover the various training courses offered by the four UniLaSalle campuses located in Amiens (Ex ESIEE-Amiens - Energy & Digital), Beauvais (Agronomy & agro-industry, Food & Health, Geology), Rennes (Environment) and Rouen (Agronomy & agro-industry).
For nine days, the Polytechnic Institute's teacher-researchers will be offering events related to their fields of activity, and will be meeting with professionals from the agricultural sector wishing to benefit from UniLaSalle's expertise in research & development and business support.

UniLaSalle will also be present on the stand of the chambers of agriculture, located in pavilion 4 - stand B104. Students from the various campuses will be alongside the consular organization to discuss their experience and their career path within the school.

Our students will also be competing for the 21st edition of the International Trophy of Agricultural Education (formerly the National Trophy of Agricultural High Schools) which will be held from March 2 to 6. They will present Olly, a Charolais breed, accompanied by her calf Sienna. They will compete on Thursday, March 3, for the restraint event (catching and tying a cow in complete safety). On March 6, the team will participate in the sketch test in the SIA ring. This grand oral will allow the team to explain Olly's qualities to the TIEA jury, and to talk about the UniLaSalle ecosystem.

UniLaSalle students and Alumni will also participate in AgreenStart-up, the Start-up competition of the Permanent Assembly of the Chambers of Agriculture of the SIA, which will take place this year from Friday 25 to Sunday 27 February.

15 students from the Beauvais and Rouen campuses will be part of the teams involved, as well as 3 start-ups led by Alumni: Agriliant, Sysfarm and Inform'élevage.

Finally, UniLaSalle will reward the winners with a check of 1500euros, as well as 3 prizes in a common pack with Rev'agro and Iterra. The winners will be announced on Sunday, February 27, at the MAAF stand, in the presence of Julien Denormandie, Minister of Agriculture and Food, Caroline Cayeux, Mayor of Beauvais, and Aymeric Bourleau, Mayor of Crèvecoeur-Le-Grand and Vice President of the Communauté d'Agglo du Beauvaisis, in charge of higher education and innovation.

The directors of the agricultural establishments of the La Salle network will meet on Wednesday, March 2 at the UniLaSalle stand. 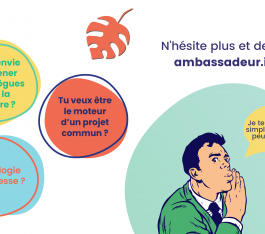 UniLaSalle participated in the My Little Planet Challenge 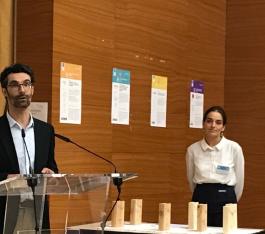 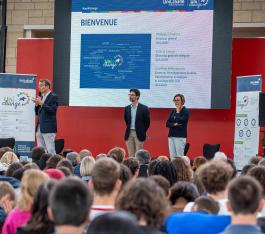 UniLaSalle launches its Uni4change strategy, "for an ecological and societal transformation 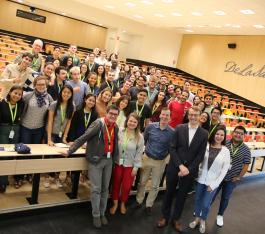 ENCUENTRO: UniLaSalle welcomes for the first time the rectors and presidents of universities of the LaSalle world network