ENCUENTRO: UniLaSalle welcomes for the first time the rectors and presidents of universities of the LaSalle world network

ENCUENTRO: UniLaSalle welcomes for the first time the A delegation of more than 100 people from the management of 75 universities is expected from November 7 to 9, 2022 on the Beauvais campus.

A first in France!

La Salle Network is the world's leading educational network, from kindergarten to higher education, with 75 universities in 150 countries. It concerns 1.5 million young people. In France, there are four higher education establishments: UniLaSalle (and its four campuses), ESAIP in Angers, ECAM LaSalle in Lyon and LaSalle Mounier in Paris. This is the first time that such an event has been organized in France. The delegations will first be welcomed in Rouen and then in Reims to discover the living quarters of St. John Baptist de La Salle, founder of the eponymous network. They will then arrive in Beauvais for a two-day seminar to analyze the context and perspectives of higher education. The participants will continue their work at the University of Barcelona for strategic planning.

The reflections conducted during this seminar will aim to define the strategy of IALU for the next three years. But two topics are already mentioned as being essential for this 13th edition of the Encuentro. To date, seven African countries are considering developing a Lasallian university. They are Cameroon, Ethiopia, Kenya, the Democratic Republic of Congo, Madagascar, Ivory Coast and Burkina Faso. While only one institution was represented at the last gathering, five countries are expected to participate in the 2022 edition. This evolution reflects an important issue for the network and for the countries concerned in the development of higher education on the African continent.

The fight against poverty is a specificity of the avant-gardism of St John Baptist de La Salle in the creation of the first free schools. While social responsibility is part of the DNA of the Lasallian network, the establishments wish to go further in their dynamics of sustainable development and their intention to train young people to be committed actors. Posters brought by the establishments will allow the sharing of good practices and the fruits borne in the network.

The new Superior General and Vicar General expected for the occasion

Elected 28th Superior General of the Brothers of the Christian Schools last May 18 at the Generalate in Rome, Brother Armin Luistro and Carlos Gomez, the new Vicar General of the network, are expected in France for this new edition of the Encuentro. This is an opportunity to celebrate their appointments and a chance for the members of the French network to get to know these two former presidents of IALU better.

Created in 1998, the association aims to unite all higher education institutions in order to promote the singularities of an educational pedagogy initiated by St. John Baptist de La Salle. Meeting virtually in a general assembly once a year, it was Brother Craig Franz, former President of IALU, who suggested the organization of "Encuentro" every 3 years, to allow the actors of the association to meet, in person, within the institutions of the network. The last meeting took place in 2018, at La Salle University in Mexico City. 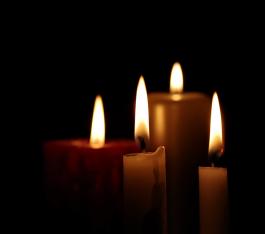 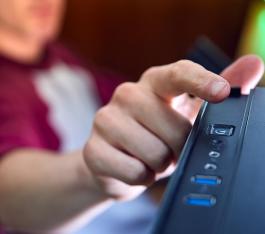 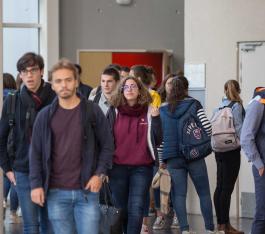 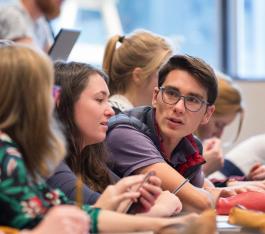 Find out about UniLaSalle's courses on Parcoursup!